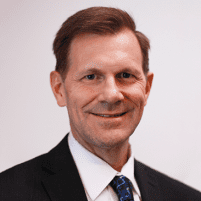 The last 20 years have brought an epidemic in autoimmune disease. This should raise alarm bells throughout America. Fortunately, we know what causes it. By addressing the underlying causes of immune dysfunction, our patients are discovering freedom from both autoimmune disease and toxic medicines. Ray Andrew, MD, and his team at Prestige Wellness Institute in Utah County and Moab, Utah, are ready to help. To start your road to recovery, call and schedule an appointment today.

Sitting in medical school many years ago, I asked myself, “Why am I memorizing so many useless facts and figures about these rare conditions called autoimmune diseases? I'm not going to be a rheumatologist.  How often am I going to see this in medical practice?”

Fast forward to 2022, and there isn't a day go by that I don't see at least one if not a handful of patients with autoimmune diseases. I am baffled by the explosion. The epidemic of diseases such as Hashimoto's thyroiditis, Crohn's disease, ulcerative colitis, psoriasis, rheumatoid arthritis, Lupus, celiac disease and so many others. How is it possible that medical societies and the government are not alarmed by this epidemic and going all out to turn it around?

It may be good in the short term to bring a person's symptoms under control, but we want to get at the root of the problem. Let's fix the underlying problem rather than trying to just cover it up by taking very expensive drugs for the rest of our lives.

Obviously, we can't fix our genes, but we can improve our intestinal permeability, and we can look for and eliminate infections and toxins from our bodies. At Prestige Wellness Institute, people with autoimmune diseases learn to repair their gut linings while removing infections and toxins.  In the process, they often discover that a whole host of other symptoms go away, symptoms unrelated to their disease but that they thought they would have to deal with for the rest of their lives.

A growing number of people have autoimmune diseases and cannot tolerate the side effects of the immune-suppressing drugs. Others are simply concerned about the long-term risks of those drugs. If you are among them, let me assure you that autoimmune diseases aren't caused by a deficiency of immune-suppressing drugs. We can use a natural approach to get at the root of the problem by solving the underlying triggers of autoimmune diseases. We don't need a different drug for each disease. This is because all autoimmune diseases boil down to one underlying problem: The immune system is confused. It thinks parts of your own body are foreign threats that it needs to destroy to protect you.  In order to get better, you need to help your immune system learn once again to distinguish between the good guys (your own body, as well as healthy food) and the bad guys (dangerous microorganisms and cancer).

Now, don't worry: If you are already in treatment, you don't have to stop your medicines. Keep taking them as long as you want while we work together on solving the underlying problem. Then you decide if and when you no longer need the drugs.

If you have an autoimmune disease and have been told the only thing you can do is manage the symptoms with immune-suppressing drugs, give us a call.  You have other options.  You can turn your immune system into your friend again.

Some of the autoimmune diseases for which people come to Prestige Wellness Institute include:

If you have one of these diseases, take heart!  You can get better!