What Our Patients Are Saying About Ondamed

Ray Andrew, MD Contents What Our Patients Are Saying About Ondamed 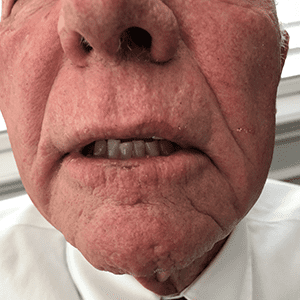 My dermatologist removed basal and squamous cell cancers from my lower lip on Wednesday. I went back to have my stitches removed the following Wednesday. The dermatologist and his assistant were amazed at how fast it had healed. They had never seen a lip recover so quickly. What they didn’t know was that I was treated with Ondamed on Friday and Saturday. I had seen Ondamed do miracles before, so I wasn’t surprised at all.

Ondamed blew me away.  First, it picked up the foot pain I hadn’t told anyone at the Clinic about.  Then it cleared up some excruciating back pain with one session.  A friend told me she had pain in exactly the same place from the same source and it took about 6 long months to clear up.  I didn’t want to wait that long but I never expected such fast results.

Given my experiences with Ondamed, you could probably talk me into wearing a sandwich-board.  When the weather gets cooler! :)

I run a half marathon every six months, and trail run–often long distances–between races. But I’ve been plagued by Achilles tendinitis.  Often my Achilles’ are so painful I have to cut my runs short, or take a running hiatus.

Starting the day after a race early in 2012, the problem was so bad that I couldn’t run at all for nearly the next six months.  Then I met Dr. Andrew, who recommended Ondamed.

I went into my first Ondamed session a bit skeptical, but it was one of those, “It can’t hurt, so why not?” kind of things. The relief I experienced after my first session was nothing short of miraculous. I literally walked out of the office pain-free. Since then, I come in for what I call ‘refresher’ sessions before I run my half marathons. It’s made an enormous difference in my pain.

I don’t know the mechanisms behind how Ondamed works, but I experience a profound relief from pain after each session. The distance I can run before I even FEEL my Achilles’ tendons is greater and greater each time.

I wanted to let you know how pleased and amazed I am with the Ondamed treatments.  My left knee, which is the one I had been having a lot of pain in, now bends as much as the right one.  But the thing that has impressed me even more is that the treatment to my stomach has helped so much with the cramping and constipation I was suffering. (And I do mean suffering!)  I had been almost afraid to eat breakfast every day because it was causing really painful cramping in my lower belly.  It put me behind at least 15 minutes in the morning, sometimes as much as half an hour Without producing any bowel movements.  The worst  times were those when I actually did go, but the cramping was so painful, that sometimes I threw up at the same time.  I know that can’t be normal.  Well, after a couple of sessions treating my stomach AND the detox treatment, the cramps have gone away, and I go some almost every day.  The issue of not enough fiber I am addressing by eating more low carb vegetables.  I would have been really afraid to do that when I was having those awful cramps.  I can’t thank you enough for the Ondamed treatments.  I will absolutely schedule more if I start having issues again.  Most of all I want to thank you for never giving up trying to help me overcome this weight problem or any of the other things I have struggled with.  I feel really lucky to have a Dr. like you.